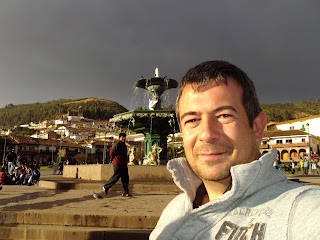 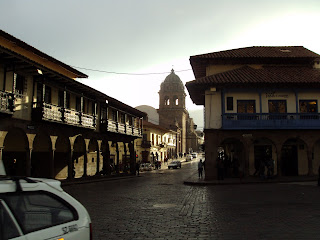 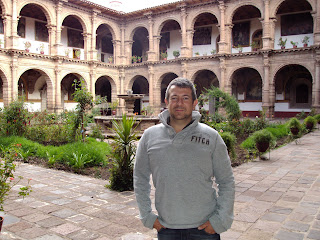 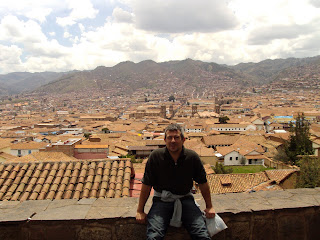 I woke up next morning at 8am in Cusco after an all night rollercoaster bus up the mountains. Cusco is higher than Huaraz and is actually the Inca capital. it’s a pretty city, and over touristed as it’s the gateway to Machu Pichu and all the main Inca sites. You get accosted every 5 seconds by touts but I just have fun with them and try to sell them stuff. There are loads of really beautiful buildings, and its much much nicer than Lima (which I would avoid if I were you) I’m in a cool hotel called ‘killa’ hostel. I think the humour of the odd name is lost on the locals though. There was a beautiful place called ‘convento de la merced’ which is for some reason not in the guidebooks (which is a plus straight away) which has cool silver crowns of thorns and the second biggest pearl in the world, but also is a pretty amazing building.

There are however far too many gringos (white people) here who are particularly annoying. These kind of grungy spoilt rich kid backpackers who are ‘going ethnic’ and wearing stupid gear and playing bongo drums on their gap year. Idiots. I didn’t ever act so pretentious when I was 19 so no need for you to. I feel like stealing their wallets and daddys amex cards. On saying that I’ll probably end up in bed with one tonight ;o)
Posted by Alan at 06:34