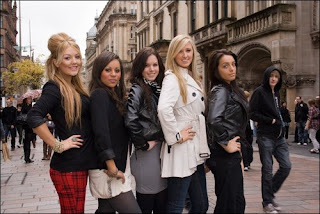 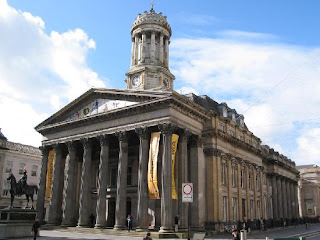 So im back home in Glasgow.

here is the recipe, i dont know why they dont sell it elswhere...

By the way, yes its true about deep fried mars bars, and deep fried pizzas. The Pizzas are a glasgow thing, (and a highlight of my childhood) because the chippies were originally often run by Italians for some reason. The deep fried mars bars are from Aberdeen probably made up by drunk oil rig guys.

For those of you who dont know - this (building) is the Gallery of modern Art - the statue outside of the guy on the horse (i think is Wellington), but its more famus because there is permenantly a traffic cone on his head. Every time (for since i was a little boy) it was taken off, someone put another on, so eventually it became an institution and stays there. The gallery was once the tobacco exchange and before that the house of a rich guy.

Last night i went (what a surprise) to play poker. The players werent so good, but at the casino was the 'Miss Glasgow' competition so it did hold some distractions for a man like me. Here are some of the contestants (they are quite cute but i dont think any of these girls won ;o) ) Glasgow girls are id say (unbiasedly) the hidden gems of this world. you can be buying a can of Irn Bru then suddenly the cutest girl you ever saw just asks if you have a Tesco card. They are also pretty good at seeing through bullshitters which does beg the question why i ever have any luck with them :o) but despite seeming pretty 'gallus' (look it up) they are like all girls just testing us guys to make sure we are actually men they would want to be with ;o)

Tonight ill go for a curry and to 'the horshoe bar' with some old schoolfreinds....diet of kings!
Posted by Alan at 19:29