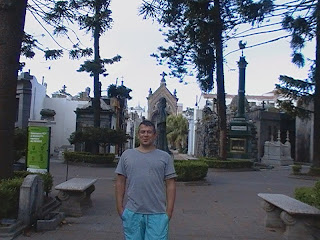 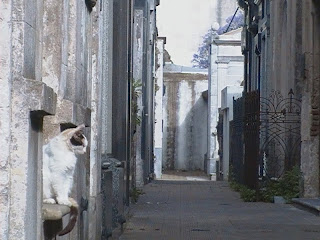 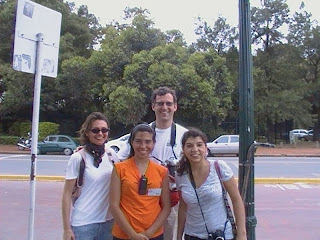 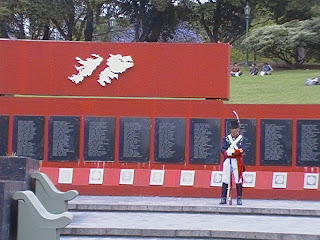 So today i went on a bike tour (after a tasty steak and chips of course) First thing i saw was the Cenataph, a memorial to the soldiers who died stupidly trying to invade the Falkland Islands (which is British and a totally pointless sheepfarm in the middle of the atlantic, except it might have some oil nearby) We cycled around the posh northside suburbs (ill put in the co's details later when i find them) but it was a good group (here they are!) led by Elly in the orange. Went to the necropolis too which was interesting, but would have been more interesting to see after dark. There was Evitas grave, but to be honest i wasnt so interested in her. What was really funny though was one tour guide we were overhearing who was just making everything up as he went along, hes famous in BA for taking tourists around the city and just telling them any old shit that seems about right, quite funny!! Generally though the people here are about 1 or 2 million times more sincere and genuinely freindly than Rio people. (Although the Rio folk who ARENT trying to rob you are pretty decent)
Posted by Alan at 01:06