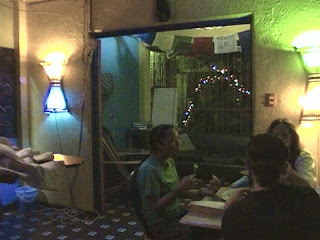 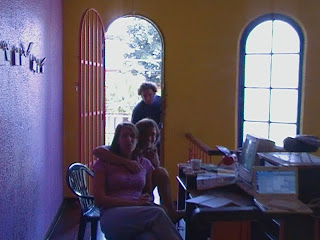 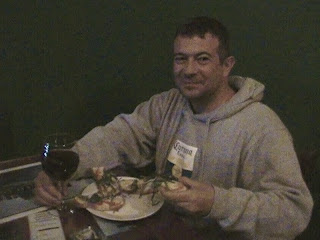 So i have an early night (as i have no money!) and wake up ready for the plane. I call downstairs so their free transport is arranged and head off for the airport. i think this started as the worst day of my life....I got off at the airport, and the taxi driver starts asking for money. Of course i havent any, as the hotel was arranging it. Im a bit late for my flight so im in a rush. So i ask him to wait becuase i need to run and check in (and i deal with this muppet later). He doesnt like it and tries to stop me, and so anyway, the police come, and i tell the police that the hotel was arranging the transport as i was robbed the day before. She takes the side of the taxi driver and wont let me go and check in. 30mins of arguing later in bad spanish, and eventually, one very decent american guy sees the hassle this small gang of redneck 3rd world w*ankers are giving me and very kindly pays the idiot taxi driver and so i can get into the airport, (thanks a lot mate, i owe you one!! otherwise id be in a Costa Rican Prison!!!)

i get inside only to find ive missed my flight.

I go straight to the airline to explain...then straight to police - no one interestd etc etc. so i have to spend the day doing reverse charge calls to get some money over and buy a new flight for $1200. Anyway, rule of the day 1. never beleive ANYTHING they tell you in a cost rican hotel!!!

Anyway, after not eating the whole day, it all turned out fine. I got some food eventually (this photo above will stay with me forever, i was Starving!) and got a $9 a night hostel with great freindly people (there you are in blurred photos guys :o) ) (its called hostel galileo by the way, i recommend it!) , and had some beers, wine, stright rum from the bottle, and a zombie movie, which altogether restored my faith in humans quite a bit :o)
Posted by Alan at 01:20