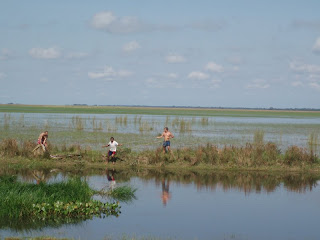 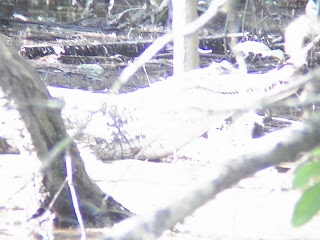 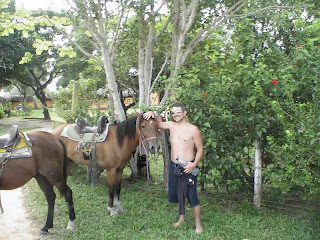 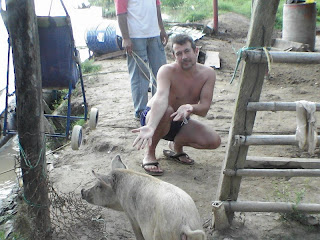 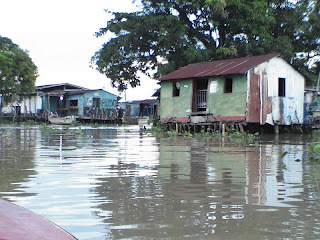 By the way, for the benefit of our more nervous readers, and some complaints about my 'strong' descriptions, please understand that this story didnt actually happen in Venezuela. i just thought it would be fun to make up a diary while my girlfriendwas writing a proper diary, so its loosely based on where we went and who we met, but with a more 'artistic licence' ie x doesnt even have red hair ;o)

a great hero and role model of mine who got me into a lot of trouble (usually with women) over the years.

We had a great holiday there though, and no one even got killed (except some piranas). We had a close shave in one wilderness area, Los Llamas however, where i went admittedly a little bit caveman. I descended to a life of simple pleasures, i learned to gallop a horse wearing only speedos, flip flops and a handlebar moustache (i kind of wish that wasnt true but i have photos)

the whole thing reached crescendo when we (me and 2 local guys) decided to try to find a giant anaconda to show the tourists (actualy i was a tourist too but didnt count myself as one) We ended up finding a small one in the water, so we swam across the marsh to get it. We started pulling and it came and kept coming. im not sure how this exactly happened but it kept coming until it was 6m long - thats me in the photo trying to calm it down - the guy on the left is trying to put a rope round its neck so it doesnt eat us. It was really cool and we got it subdued and swam it across with us (dont try that at home kids) to show the tourists on the road. It shit all over me as i being a little scared to be honest, elected to take the end furthest away from its fangs (which is his arse) Anyway it would have all be hunky dorey except that it turned out the water was choc full of pirahnas. The local guys chose not to tell me that. Luckily in the daytime, they are only likely to eat you alive if you have a cut. I must admit i still shudder at the thought. Imagine, swimming across a lake with a 6m Anaconda and you start getting nibbled...the pirahnas basically smell the blood so then theyd get into a feeding frenzy, which may mean there wouldnt be much left of you within minutes. I suppose even the anaconda wouldnt bother to eat your remains. Anyway, i calculate that from my nine lives i have at least 3 or 4 left so plenty more adventures ahead...
Posted by Alan at 15:19