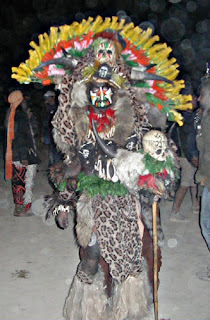 The Liberian cannibal/Nigerian fraudster population of Estonia, is 0 (please correct me if im wrong here) while approximately 76% of the population of the bullshitters paridise of London are either cannibals or fraudsters.

Once i got a great phone call from a Sierra Leonian guy when i lived in London. There is a street of pretty big 2million pound houses in northwest London,I think it was Grove Avenue or somthing in NW7 if i remember correctly, which for whatever reason were once owned by the Sierra Leonian government and rented to warlords, embassy staff etc.. Funnily enough, when the shit hit the fan bck in Africa, as it invariably does, they all suddenly were owned by ex employees of the Embassy. Well all well and good for some time, but eventually the law was catching up on them, and things were getting a bit hairy for them, so they were trying to sell these two million pound houses for 300,000 pounds to anyone they could. Could have been the deal of the century, but i think legally you would lose it when the fraud squad caught up with them.

One house we checked, the government had actually ended up paying to house one ex cannibal warlord in there, and oddly enough had set him up with a job as a postman! i understand its to keep them from stirring up mischief back home. So as far as i know this guy is still there, in his 5 bedroom London mansion, posting letters. True Story!

Anyway, heres an unrelated story about what happened to their high commission (also scammed into oblivion ;o) haha )

http://www.dailymail.co.uk/news/article-1233083/Playboy-lord-accused-conning-stars-12million.html
Posted by Alan at 21:22