Waterloo Sunset and how London trends 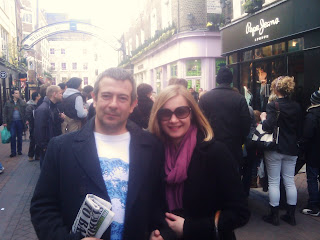 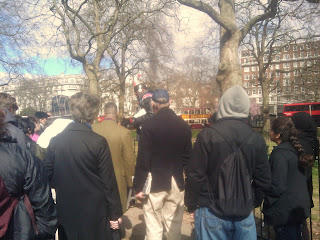 I made a couple of days in London this weekend. It was mildly nostalgic to see all the old sights and hangouts from when I lived there. One thing that still really gets me about that city though is its increasing mediocrity as a city. From what i can gather everyone who is smart, ambitious and wants to make something of their life comes to London. So why isn’t it a world beater? Where is the passion for life? Where are all the innovations? The lovely Alina pointed out that in London every man is in Real Estate or Banking (like me) and the women are in PR (like her) which does explain a lot. Whether your ‘being totally different from everyone else’ in Shoreditch or Camden Town or your ‘so classy you have plastic tits’ in Kings Road or Mayfair, it’s seems the drive to survive and make some money for yourself has overtaken any inspirational ideals and the worlds real ideas have moved elsewhere.
That said there are still a few little unique pieces of London that shows it has a soul. We went to Speakers Corner on Easter Sunday, a place I do have a small ambition to speak at one day. Its where Londons true eccentrics go and stand on their soap boxes, and give their (usually quite strong and not mainstream) opinions. Heckling is a great laugh, and it’s often more of a comic show than a serious event. But it was great to see it still going strong (it’s the top NE corner of Hyde park, every Sunday if you want to know) The late and great Carnaby Street, despite becoming a nest of Pakistani souvenir shops in the 90’s has started to come back a bit – flagships shops of the old British labels are back here, like Lambretta, Henri Lloyd, Ben Sherman.. all the old Mod and classic British looks. I couldn’t see any speedos there to buy but i’m sure i’ll get some in South East Asia (where i’m headed now)

The one thing Londoners do excel at, and seem to spend their whole lives doing is ‘discovering’ that ‘great little Molvanian restaurant’ or ‘quirky little pub that sell only pink wine’ or ‘amazing little gallery that has real blood on the walls’. The whole city, (when they aren’t being slaves to their life as lab rat office workers ) is on the hunt for the ‘new’ place to go or to live. In the 60’s it was down at heel Chelsea, where the punks were on the Kings Road, moving on the places like Islington and Notting Hill, and now on my own manor, Shoreditch and Hackney.
You can spot the trend and the people a mile off. First of all you need a scruffy area that has some big Victorian houses and is (reasonably) central and cheap. Then the true arty people move there because it’s all they can afford. Then a few connected things open, like vegetarian cafes or art galleries. Then suddenly the area ‘is edgy but with a buzzing arts scene’ . The braver white collars move in, journalists, and the like. They write about the area. The area becomes ‘cool’ Then BINGO the lawyers and bankers realise that if they live there, people will think they too are ‘cool’ and ‘edgy’ and ‘brave’ and ‘trendy’ (ok ok enough clichés) so they buy into the lifestyle, move there, prices jump up, poor people and crime move out, and so do the original arty farties who made the place cool to begin with. And there you are full Gentrification, and the neverending London cycle of neighbourhoods. So guys, when the Stockbrokers move in, it’s time to sell up,
Now i’m on the way to Bangkok. It feels great to be travelling again. I believe there’s some kind of bank holiday on the day i’m landing so who knows what political riots or other carnage awaits. Either way, if it’s weird and dangerous, i’ll be sure to land in the middle...
Posted by Alan at 17:04