Death in the Ring, Bangkok 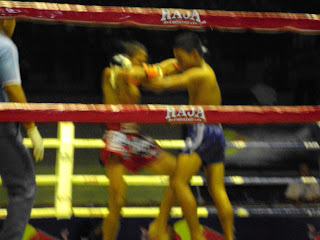 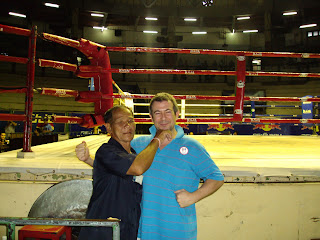 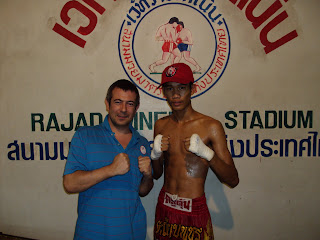 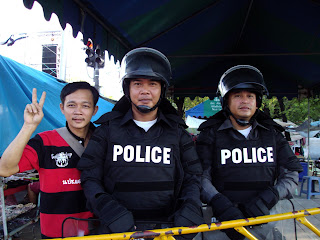 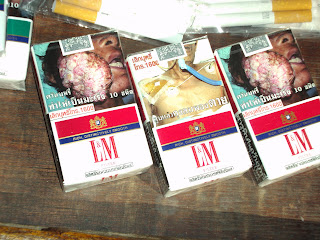 Who ever wants to smoke when this is all over any packets you buy? Anyway, these photos were taken over the last few days in Bangkok. What a weird time. As soon as i started drinking, the riot police finally started shooting and using tear gas. By which time i understood it was time to leave sharpish.

However, before i left i managed to catch a real Muy Thai boxing, which also ended in a bad way (i ghoulishy took a video since i guessed no-one would beleive me) Apart from the odd rare in-ring death, It's a totally different experience from the style back home. The main thing is that the focus is all on kicks, with the occasional knee and elbow (killer blows) Great atmosphere though and i recommend it even for squeamish people. I'd recommend getting up the back so you can make bets with the local thai taxi drivers, straight out of deer hunter but be careful you dont get diddled and remember who you give your money to as they all look the same, especially after 5 beers.

After the match it seemed correct to go for a further drink with the guys i met there. Which turned into a random 14 hour drinking session lasting until 10am next day. Which was awful since my flight was leaving at about 1pm. We ended up in 'backpacker street' Khao San Road, which i have to say is the worst overall experience ive ever seen travelling. It's an enormous road full of bars, stalls etc. and obnoxious 'backpackers' drinking beer and eating chips. Why anyone goes all the way to South East Asia to hook up with fat girls from Essex, drink beer and eat chips, i do not know....Spain (or southend on sea) is only down the road guys.

Anyway for 12 year old travellers whove never been away from home, it may be a comfoting place so heres a link...