Great Lakes – Toronto, Niagra and Buffalo, and what happened to Tesostrorone in Canada? 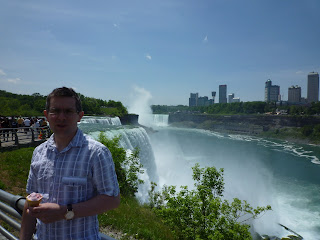 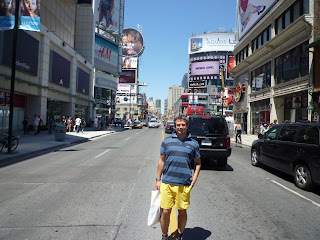 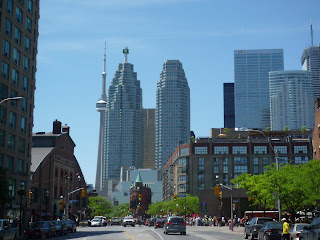 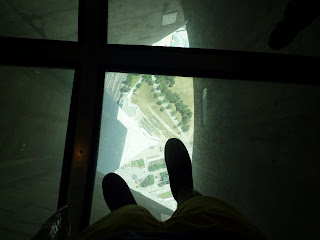 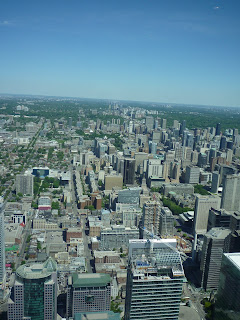 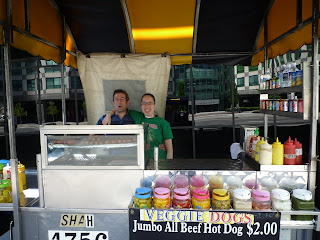 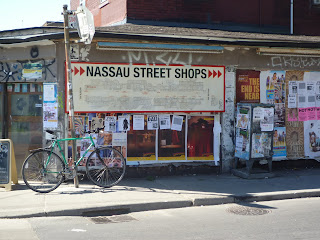 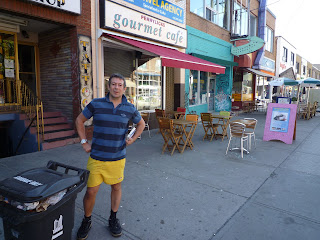 The weather is beautiful, so a quick trip to US and Canada was in order. I have a business in Buffalo so i’ll be over there a fair bit this year. Buffalo is famous mainly for having a very poor American Football Team, the Buffalo Bills, and i suppose industry and engineering, as well as SUNY , whch is i think the citys biggest employer (State University of New York) Anyway, while its a city that actually grows on you, i don’t really recommend a visit unless you’re interested in high yielding real estate (cue a plug for www.abbotsinchcapital.com ) or are visting nearby Niagra Falls (which is about 20mins outside the city)
Niagra falls is really two cities. The US side has one big high rise casino hotel , some defunct heavy industry, and quite bizzarely about 30 Indian Restaurants. All the tourists on this side seem to be Indian, I have no idea why. The US falls aren’t nearly as spectacular as the Horseshoe Falls on the Canadian side, but you can see both sides and from both sides get the ‘maid of the mist’ boat which packs tourists in to get up close to the falls every 10minutes (it’s about $25)
The Canadian side is more affluent with a whole bunch of Hotels, a kitchy main street, all the usual ‘Tony Romans’ and chains of steakhouses that you see in most tourist towns of USA, and 2 Casino hotels, one scabby one, and one quite nice one called Falls View – this also seems to be the best hotel, you can get a room with a great view of the Horseshoe falls, and there are some good restaurants. If you happen to be a Blackjack card counter, the Salon Prive has $100 minimum tables which are 6 deck and reasonably loose rules. (and thanks Fallsview Blackjack tables for funding my holiday this month) Anyway, here the rule of thumb is that the further away from the falls and Fallsview hotel you get, the cheaper it is.
All this is about 1.5 Hours from Toronto (And an hour from Hamilton, which has half a million people and could be a pleasant diversion if you’re REALLY bored.

The noticeable difference between Canadians and Americans are the people. Canadians are to Americans, like Austrians are to Germans – they speak (mostly) the same language and look the same, but Austrians (and Canadians) are just that bit more camp. Austrians are basically gay Germans (usually called Norbert, or of course Bruno, which is a sure sign) Canadians are basically metrosexual versions of Americans. That being said they are pretty friendly, and the waitresses don’t say ‘have a nice day’ or the classic of American insincerity that is when they say ‘enjoy’ when you get your meal.
In Niagra, id won $2500 from Blackjack so my brother was on my case to treat us to a posh hotel. So we stayed in ‘traveller hostel’ in Kensington market. Kensington market is the main ‘bohemian area’ of Toronto, up near Chinatown to the NW of the city centre – a great place to spend time actually, with some interesting bookshops and bars. Of course you get the usual 50 yr old skateboarders and guys busking with trombones, but the overall feel is much like Shoreditch(London) or Haight Ashbury (San Francisco)
Toronto can be pretty expensive, but there are lots of cheap Vietnamese and Chinese Restaurants in Chinatown. We went to a great one on the northwest corner of Spadina st and St Andrews St, it was busy but the quality was good. Basically traditional Vietnamese food except the meat was decent, i'm sure the chicken wasn’t cat and the beef mouse.

There are two Comedy clubs in Toronto. One is funny (yik yak), one is not funny (2nd City), so be careful to choose the funny one. The say Canada is famous for its comedy, but i must admit we went to ‘2nd city’ and it wasn’t funny. It was almost funny but remained too PC to actually make anyone laugh. You could rewrite the sketches and take out the political correctness and then i think you’d have a good show.

But that’s the one issue with Canada, they are a country of pussies. Seems all the Scots who weren’t angry went here, and that mixed with Asians (there must be 30% Asians in Toronto, more in Vancouver) Maybe it’s because they are a rich country with plenty of space and no real problems (in the same way that Norway is a country where the men are also all semi-gay) Luckily there are plenty of pretty girls there who i’m sure would appreciate a more masterful breed of man, so a repeat visit will be in order sometime if i remain single for much longer.

Anyway here are some cheesy photos of me (raking in bins) and my brother, and a hot dog seller. And Toronto - all the city photos are Toronto by the way, as its a lot more photgenic than Buffalo.
Posted by Alan at 18:25