So, this weekend, I explored the lakes of Finland, with my intrepid Viking companion, who for reasons best known to herself brought a childrens summer tent for us to sleep in. We decided that the tour should be totally random, with coin tosses being made for the logic of most decisions, a ploy I recommend if your roadtripping in a quite boring place with good company. First stop was Porvoo, a pretty little town on the sea, with a little wooden old town, churches, lots of quaint shops and restaurants,  and for some reason, no seafront. It felt more like Sweden than Finland but that could have been the Swedish tourists. I’d recommend wandering about the old town though, then driving up to the island on the river estuary and you can sit down and annoy the locals by having a picnic at the private jetty (like we did) 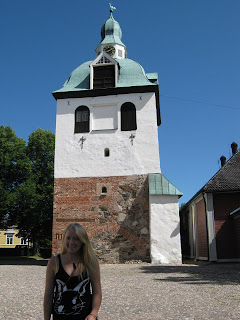 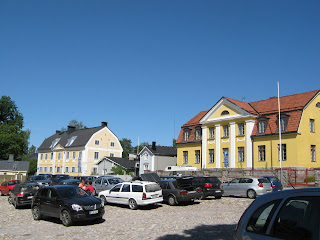 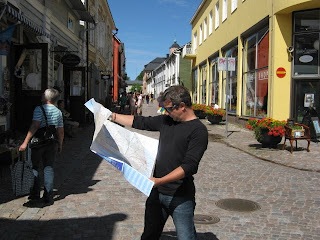 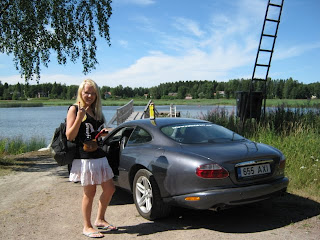 A toss of a coin brought us north, to some random persons summer house in the middle of nowhere, where we camped at the lake, and took a swim and wash etc. I understood that you can pretty much camp anywhere, and since the owner wasn’t there we thought it was all good, until the neighbour saw our fire and chucked us off. Anyway, in hindsight, the solution here is to tell him in loud English that you don’t understand what he’s saying (even if you do) and keep doing whatever you’re doing until he goes away (Finns are a pretty meek bunch really) But don’t take the piss - don’t use his sauna or sleep in his living room unless he invites you, unless of course you are a refugee/asylum seeker/gypsy then you can do anything you want in Nordic countries, just like in UK. 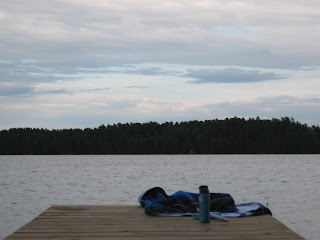 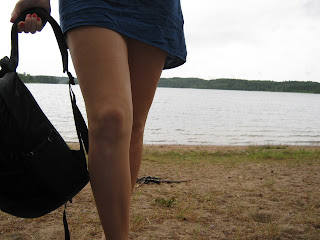 Anyway, bizzarely we came up on a deserted beach on another lake and got the childrens tent up just when the rain started. We were woke when it was light by some fishermen (and also the fact that the tent was soaked and we were frozen) and got up assuming it was normal time, when in fact it was 5am – these damn Nordic summers, you can’t tell if its night or day, especially if you drank a bottle of Finnish Liquorice Liquor the night before washed down with wine.
We found a cafe and tourists info. stop on the road junction for breakfast at 9am, which was mildly amusing for the fact that it confirmed my lurking predjudices about Finns in that  1. It was full of overpriced, and unhealthy food and 2. At 9am it was full of fat inbred looking men drinking beer. 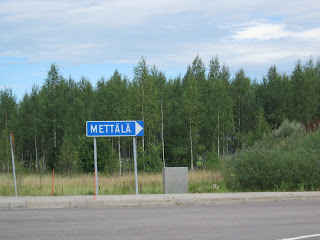 Next stop, the coin said north, so we passed Mettala (only a Finnish town could be named after its favourite music Genre) and headed up to Mikale, possibly the most boring town in the universe, but with one of these cool ‘quirky’ ‘arty’  coffee shops that packs in middle class chicks and that sold baked beans and oddly employed an old chilled out black guy from South London (the black guys tend to like the fatties so i’m guessing he’d shacked up with a local Finnish chick and come over) This town I realised is the furthest North i’ve ever been.  Mikale is on a lake too i believe, and has a nice church, but really there isn’t much to do there, even the main local hotel is called ‘Cumulus’ Hotel, (which presumably means they only operate in places where the weather is crap – have i just stumbled upon a deep vein of ironic Finnish ‘humour’?) You can however, in true Finnish style, buy leather waistcoats in the main department store. 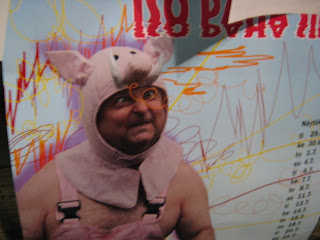 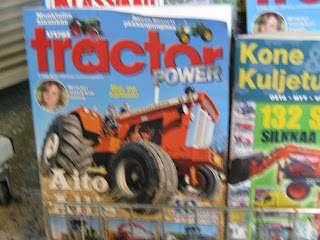 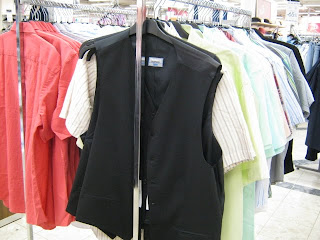 Anyway, the toss of the coin had decided  we were hitting the ‘rainbow’ hippy festival  somewhere northwest of there,  but the rain was coming down in buckets and all East Finland was raining (and it was freezing) so we excersiced our artistic licence by ignoring it headed west and south for the sun, with some vaguely nieve idea that we’d get lucky again and find a deserted paradise beside a pretty  lake where the sun would be shining and the earth soft for a (mini)tent under the stars, and the world outside wouldn’t matter and no one would care how bad my poetry and jokes and writing is. 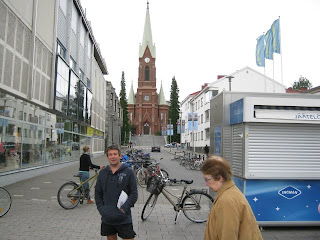 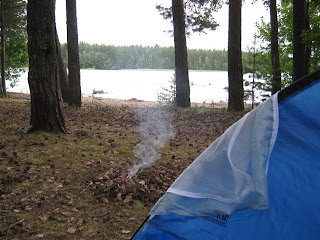 And oddly enough we got one (kind of), at the side of Paijanne lake, although we did cheat as the  restaurant/bar was nearby and so we could get into some real Finnish style partying, by getting some 40% ‘Mintto’ shots down us and prepare for the impending thunder and lightning that was coming. We could also brush our teeth and so on. Anyway, this section of lakes, around the teeming metrolpolis of Sysma is also great, although with the bigger lakes, the water tends to be freezing, even in July – but jump in with a gusto (preferably drunk and naked) then you can wash yourself of sorts, and after 5 minutes it becomes warm (and you think you can swim to the other side, hence the high Finnish ‘suicide’ rate)
The next day the weather got much better as we headed toward sub tropical Helsinki – I plucked up the courage to jump into the lake wash at Lahti, which could have been described as ‘bracing’  then to  a ‘beach’ at  JarvenPaa . Oddly enough , (i didn’t tell you this of course) you can drive a mile or so south to school and there is a beautiful beach Sauna house, with a jetty that you can run out and jump in the lake from, that for some reason may not be always locked (of course using it and being caught will mean you’ll have to explain to the police that you read a blog that said it was ok to do that, but i’ll leave that to your discretion dear reader) 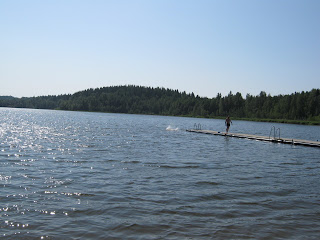 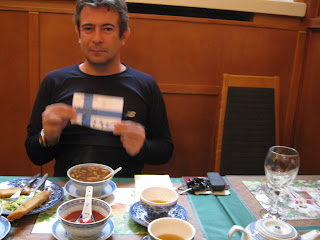 Anyway, now it’s back to Tallinn and a shower and sauna, with my view of countryside Finns as a very pleasant bunch of fat introverted drunks firmly intact.
Posted by Alan at 17:37