Helsinki - Pulling it off despite serious In-Breeding 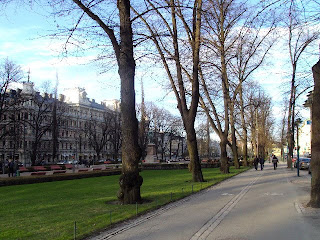 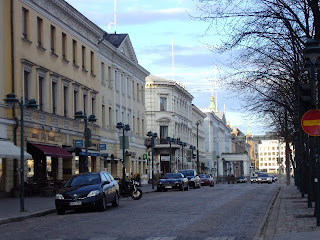 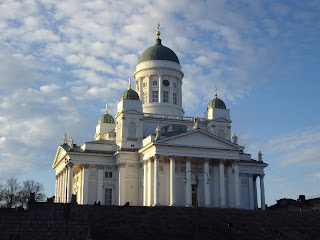 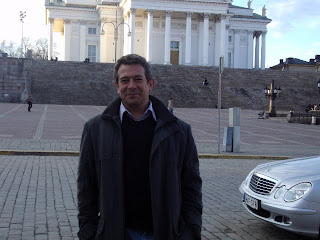 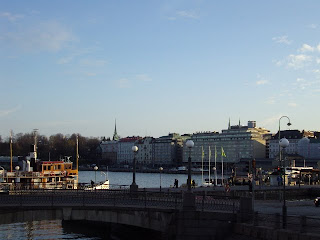 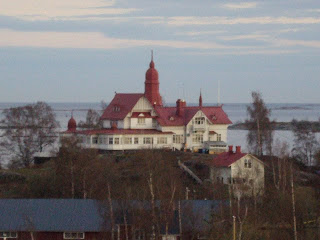 Helsinki, and Finland as a whole, despite having a population so in-bred it makes Alabama blush with envy, does actually manage to pull itself together on a lovely May day like today.

I spent the morning working with normal well adjusted Helsinki Architects, who speak languages, went to university, know where Venezuala is and all the normal western norms of a society, then wandered round the posh-arty area to the West of the centre - what a great place, you turn a corner and you arent sure if you'll see a beautiful building, an interesting cafe, a cool gallery, a shop selling gilded cages (true story) or a hideously in-bred, white as a sheet Finn with little porky glasses and a belly to match the pig they just ate.

There are plenty of hotties too here though, and educated ones, who speak usually with kind of cockney accent for some reason. This phenomenon of good looking twentysomthing intelligent cultured girls is something i miss, living in Tallinn - even finding a single girl over 22 is pretty hard there (i'm afraid if she tells you shes single shes lying, shes just waiting to check that you are richer then she'll ruthlessly dump her existing boyfriend and turn up at yours with her suitcases, i think all you expats know what im talking about!)

Maybe im overromanticising but i beleive even in Helsinki there are even women who understand my jokes.

The city itself is quite compact. You can catch a tram across the main parts and buses all round. At the back end of the centre theres a great little rollercoaster park and a tram that circles all the main sites (you can even get a tram that has bar in it, true endemically alcoholic Finnish style) You can walk or even cycle when its not minus 40, but the main cool part seems to be this little neighbourhood on the hill to the west of the harbour - like a little piece of San Fransisco it nestles in there with its esoteric bookshop (i bought my first 'Rudolph Steiner' book there 2 years ago) and its comic shops, art galleries, and weird old postcard, knick nack, and second hand trumpet selling emporiums.

The centre itself is a pretty boring mix of Hesburgers (Finnish hamburger chain) and crappy chain stores. But it is a funny opportunity to see black people speaking Finnish, which is as funny as when you go to Glasgow for the first time and see Indian Guys with unintellligable Glasgow accents.

Theres another cheaper and intersting area to the NE of the city centre- just follow the road up East from the railway station, and past the awful Molly Malones pub, and jump on the tram. I used to stay in this crazy part of town when i was en route to Tallinn (when there were no direct flights to London, back in the glory days) While the area is a wee bit scabby if the truth be told, there is a public sauna which is an interesting experience (be sure to get drunk in there) and a whole load of rocky student bars around.
This is also the area for cheaper hotels as the centre is upwards of 100 euro a night usually, apart from one street next to the station full of small hotels (where they dont let you take ladies back, which connects to a totally different story about my first ever trip to Helsinki and a guy i met on the plane and reindeer meat and this guys girlfriends porn star friend but that story is too naughty to be told here)

Where a lot of people knock Helsinki, is on its party scene. Finns are seen as a pretty dour bunch, and they have a habit of drinking silently, being mildy freindly for 5 minutes, then falling down and passing out. This Finnish activity was the primary economic driver of Estonias post independance boom as they poured over for cheap booze and cheaper Russian women.

However re Helsinki as a bad place to go out, I beg to differ from the naysayers.

I used to go out drinking here on my own, and always made good friends (since everyone looks alike then its easy to be freindly to strangers as you think you already know them) The bars can vary from the posh ones (like the Swedish Theatre in the centre where there are a lot of Swedes but still quite a few inbred chinless wonders quaffing champagne) to the down and dirty drinking halls in East Helsinki (which arent actually so cheap but its all relative) For adventures, I personally prefer the Rock clubs (of which there are many) as i always seem to end up at some afterparty at 7am in a random suburb or with some Serbian girl eating breakfast in a 24 hr macdonalds.

So the overall image of Finns are that they are a boring honest and serious bunch, who dont say a peep until an expensive 15 vodkas after which they become friendly/horny and actually become themselves. Id add the cosmopolitan mix of that Helsinki Bohem set and the fact that the whole population loves death metal and has bad eyesight (another inbreeding thing) then you pretty much have it.

But really, despite or because of its quirks, somehow Helsinki does make the grade.
Posted by Alan at 21:37